If you were to take a walk through a natural gas operation, you would see multiple lines carrying the gas to different points. These lines will be outfitted with all kinds of mechanisms, including an interesting assortment of valves. Take a look at some of the different valves that are often used on lines in the natural gas industry.

A gate valve is a little more unique in style and function than a lot of the other valves used in gas line applications. The gate valve actually acts a bit like a gate because it has a wedge inside that raises or lowers to allow the flow of gas through the line. The gate slides up or down or side to side depending on how the valve is manufactured, but the value of this valve is it allows a gradual change in aperture instead of a sudden change.

A cast globe valve, which is commonly confused with a ball valve, consists of a disc-like plate and a rounded ring that acts as a seat. These valves are most useful for regulating the rate of flow in a natural gas line, and they are not intended for use as complete shut-off mechanisms. A hand wheel at the top of the valve is used to open or close the valve to change the velocity of flow through a line.

Cast check valves are some of the more basic valves used in the gas industry. These valves are capable of handling low-velocity line pressure and they can be installed in various line positions and still function just the same. For example, if a gas line is in a vertical position, the check valve will hold pressure just the same as it would if the line were in a horizontal position and had a check valve in place.

Cast rising stem valves are used in a lot of applications, but they are most commonly found in use in applications associated with the natural gas industry. These unique valves offer a tilt-and-turn function that is necessary to maintain steady pressure during manipulations of gas flow. Plus, they are good because they prevent leakage from occurring on any level, which is always important when working with gas lines. When these valves are closed, the core in the center wedges firmly against the stem, which maintains a perfectly reliable pressure. 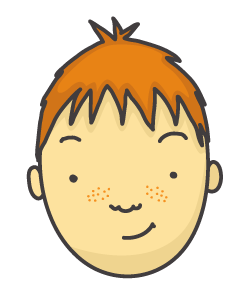 Have you ever thought about how many products you use every day that were created in factories? Although people are usually pretty quick to underestimate just how powerful the industrial market is, the fact of the matter is that most things would be pretty different if people didn't work all day to create products from raw materials. I wanted to spread the word about industrial topics, because the fact of the matter is that industrial equipment has changed our world. I am completely focused on helping other people to appreciate industrial topics, because it really is important for the functionality of our world. Learn more here.